How Did You Hear About Us? 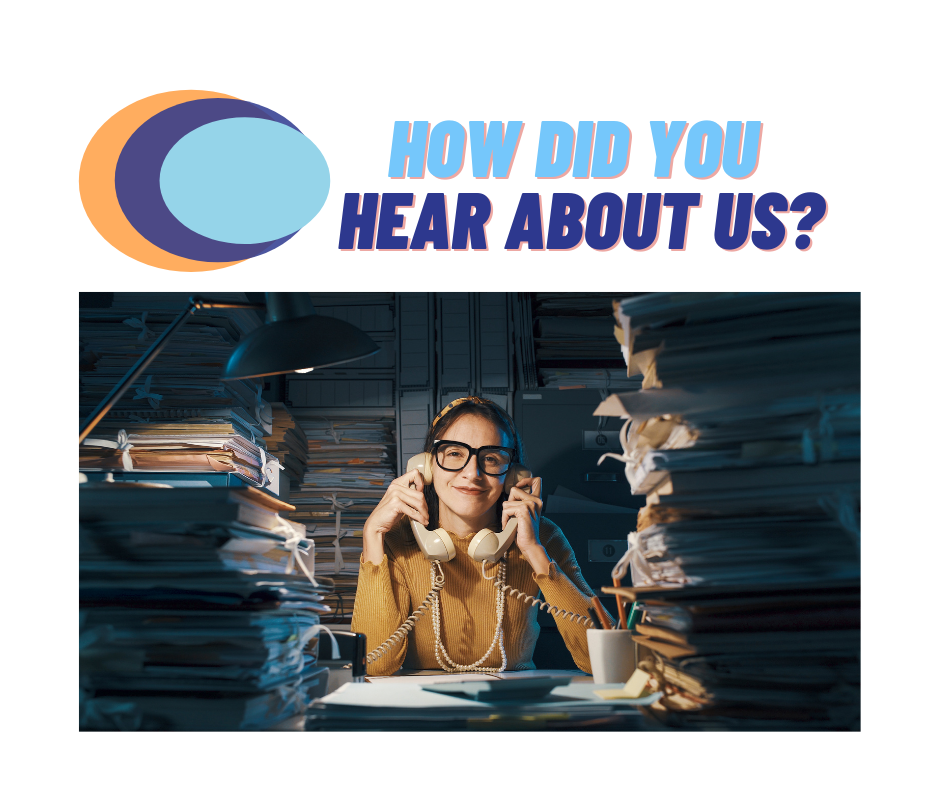 Our eldest recently took a job with a national company with franchise locations all over the United States. She was sitting at our kitchen counter viewing a training about how to field new client calls. The trainer on the video mentioned that there are three pieces of information their team members must secure in the first call. One of them is the answer to the question, “How did you hear about us?” My interest piqued that a national company engaged in the tracking that so many of my local clients used as well.

Early in my career, my favorite trainers touted accountability in advertising campaigns. I didn’t shy away from clients that wanted to track performance. Not to mention, I get pretty excited to build a spreadsheet and dig into a complex data set. I could never deny someone else’s desire to nerd out over points of data.

I sat in excitement with these business owners as they launched their new advertising campaign. All of us ready to populate the numbers in the new column of our excel spreadsheet. Instead, the responses were similar to before with most new clients giving credit to word of mouth or the business website. While I remained undeterred by the data in hand, these businesses believed that the advertising didn’t work. With John Wanamaker’s (1838-1922) fated words in their head, “Half the money I spend on advertising is wasted: the trouble is I don’t know which half” they became strident in their disbelief of advertising.

Not to challenge this noted member of retail history, but Mr. Wanamaker’s words ring untrue to me considering his legacy. He created the model that we now know as the department store. He grew from one store in Philadelphia to 16 stores with locations in London and Paris. While Wanamaker originally wrote his own ad copy, he eventually hired a full-time copywriter named John Emory Powers. In that time, revenue doubled from $4 million to $8 million. I find that number impressive in 2021. Imagine how impressive that was in the late 1800s. Since advertising is a mechanism used to grow revenue, it doesn’t appear that a dollar was wasted.

I don’t know what prompted Mr. Wanamaker to analyze his advertising in that manner or if he really did track anything other than the bottom dollar. I wonder if the statement was an effort at modesty. A flippant remark intended to display humility in light of all that he accomplished. His legacy is far richer than his stores. He is credited for creating price tags, the money-back guarantee, truth in advertising, and healthy work culture with free medical care and retirement plans at the tail end of the industrial revolution.

There is so much more to take from a man who was clearly a visionary. What a shame that over 100 years later, we remember such a skeptical statement that appears out of character. He made too many groundbreaking decisions to assume he led his business from any other place than optimism. He innovated aspects of advertising and marketing that we still use today to great success.

In honor of optimism, I suggest we stop asking people how they heard about us. Let’s redirect that energy towards profit centers ripe for a boost. Look for methods to innovate it, present it to the market, and set it up for success. We can track year-over-year sales by the month. The opportunities for setting up a meaningful excel spreadsheet are limitless even if we eliminate this one data point. I doubt we will miss it once it is gone.